60 HKD or 2300 HKD per hour? New study from Freelancing.hk about the rates of freelancers 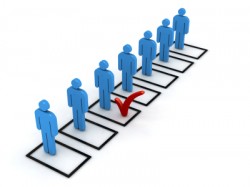 The current hourly rate analysis of freelancers from nine different categories listed on Freelancing.hk has just been released. And the conclusion? An hourly rate comparison is always worthwhile!

Surprisingly, even the hourly rates of comparable freelancers can differ by more than a factor of two. Additionally, some freelancers even charge different hourly rates to their clients. Many factors are considered, including the client themselves, the scope of the project and their personal interest. The selection amongst equally qualified service providers can therefore save an average of 30 per cent in costs.

Let's discuss the influencing factors on the hourly rate and examine them in more detail.

As expected, remuneration depends strongly on the type of service. On average, a freelancer in the "language" category charges HKD 199 HKD per hour while a consultant charges HKD 776 per hour. Predictably, services requiring academic qualifications are better remunerated. Interestingly enough, the ability to deal with people is paid at a higher rate than pure professional knowledge. Thus engineers at average charge HKD 396, while it is HKD 897 per hour for project managers.

The age of the service provider also plays a role. Older service providers are generally more experienced and are, on average, two times as expensive as younger professionals. The average 18 to 29 year old charges a rate of HKD 364, while for those over 50 years old, the average is HKD 689.

Gender has only a small influence on the requested hourly rates. Although men request an average of HKD 493, which is more than women at HKD 349, this seems to be due to the fact that women are more strongly represented in the less well-paid services. For example, 60 per cent of all language providers are female, while only 12 per cent of business consultants are women.

Within a service category, the differences in remuneration are therefore small. For example; female accountants with an average rate of HKD 200, charge slightly less than their male counterparts - an average of HKD 270.

Pricing on the basis of clear market criteria is only partially happening in Hong Kong. For example, very different prices are paid for comparable services without there being any qualitative reason for the disparity. We found that hourly rates vary widely within a type of service - there are consultants, for example, from HKD 310 to HKD 2340 per hour. Interestingly, this range also applies to comparable qualifications and experiences. Thus, when we compare consultants with 10 years of experience and similar skills, the hourly rates can spread between HKD 470 to HKD 1170.

A lack of market transparency may likely be a contributing factor for the large spread of hourly rates. Both suppliers and customers are often poorly informed because they know only a few market participants. With the growing importance of electronic marketplaces in Hong Kong, however, the information deficit is shrinking. Thus the service providers listed at Freelancing.hk often orient themselves according to the hourly rates of fellow providers. Flexibility in determining the hourly rate is surprisingly high for many freelancers. If service providers discover that they are rarely selected, they often reduce their prices by up to 30 per cent. Likewise, service providers who are in high demand in the marketplace often significantly increase their hourly rates significantly as a result.

However, there is often more than just one hourly rate for a specific expert. Depending on the customer and sales channel, some specialists charge different hourly rates. In individual cases, the hourly rates that can be found on the freelancer's website are twice as high as those listed on Freelancing.hk.

It is therefore worthwhile for companies to compare the skills and hourly rates of freelancers. As our statistically selected samples showed, one saves on average, 30 per cent if the cheapest service provider is selected out of five instead of resorting to the first one available. In addition, a larger pool often leads to the discovery of the most suitable expert. The classical way to compare providers is to ask for quotes from several service providers. While this process is time-consuming for both requesters and providers, this selection can now take place in a few minutes thanks to the existing internet marketplaces. Therefore, there is no longer any reason to not compare the freelancers and their offers before making an informed decision.

This article was published in the Freelancing.HK-News 68.