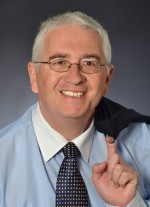 Today's newsletter provides a report on the impact of climate change on corporate strategy and the increasing importance of electronic procurement.

At Freelancing.hk you are now able to upload your photograph and PDF/TXT documents providing work samples or a more detailed experience overview for review by your prospective clients. We would also like to draw your attention to the free documentation available via our service.

In addition, we now have a 'Freelancer wanted' section advertising current requirements that are in demand and in short supply in our current database.

Finally, a satirical look and statistics on firearm deaths in Iraq vs Washington.

I hope you enjoy the various article and, of course, wish you every success.

25% of all freelancers have used our Photo facility in Europe

A growing number of freelancers in Europe have now uploaded their photo as part of their profile. Our research indicates that a personal photo helps to make the freelancer’s profile more personal increasing the success levels.

Simply upload it directly on the website or send us your image to info@freelancing.hk so and we’ll do it for you at no cost. Look at the profile examples of freelancer 1023 strategy consultant from Auckland and the programmer in 1786 from Hong Kong to how effective a photo can be.

Two years ago 31% of global leaders believed that climate change would soon be the focus of public policy and its future. Since then, according to a recent McKinsey survey, this percentage is now more than 50%. This growing awareness is a consequence of the increasingly intense debate about the business and related risks of global warming. Today, 60% of the world's business leaders surveyed believe the issue is important enough to influence their own corporate strategy. According to Global Agenda.org, another McKinsey study shows companies are reacting to a change in consumer awareness. This confirmed an ever-clearer trend: For consumers, the issue of environment and climate change is no longer just a question of how much confidence they have in a company but determines whether they buy their products or not.

A recent worldwide survey of 7751 consumers that focused on the oil, food, and beverages, retail and high-tech industry found that consumers tended to trust some sectors more than others. The difference was determined by the company’s social responsibilities. Climate change appears to be playing an increasingly important role in influencing personal choices and buying decisions. About 50% of all respondents stated that they would appreciate companies in the oil sector making strategic investments in renewable and alternative energy sources. With a quarter even being prepared to pay more for clean energy products. There are also striking differences between various regions. While the oil industry in the U.S. and Europe suffers from a negative image, 70 – 90% of respondents in Brazil, Hong Kong and India stated a more positive view.

The high-tech industry enjoyed the highest levels of trust with 75% in France to 96% in India nominating the sector. But even here, the respondents were clear that their willingness to purchase would increase if the organization showed increased social responsibility. Topping the wishlist of Chinese and German consumers was for business to take resolute action to reduce energy consumption. In the United States, however, a seventh of all respondents placed the same level of importance on energy reduction. Ironically, if strategically managed, all business leaders agreed that climate change would also bring opportunities. Whilst 70% of respondents felt that strategic dialogue so far had little or no future.

On Freelancing.hk you can find a number of free documents. Focal points of the documents include template contracts and non-disclosure documents, tax commentary from the ATO and interview tips are all freely available.

For example, there is information about best practice in managing outsourcing agreements, how to best manage the interview and the tax office’s commentary on the 80/20 rule and how it affects freelancers and consultants. Through our document facility, you have quick access to relevant documents. Please send us a quick note if there is a specific category of document you are interested in us providing.

The boom in electronic shopping

More than two-thirds of all German companies (68.5 percent) use electronic procurement solutions in the purchasing process. This according to Salesbusiness, is an increase of more than 20 percentage points to the previous year. Also on the rise are electronic order catalogs with only 57 percent of all respondents using e-catalogs used in 2005, whereas today 96 percent are using them.

This is our most wanted list. Our clients have been looking for freelancers who have with specific skills but unfortunately have not been able to find them on our database. Please contact us if you or someone you know is available for the following assignments: • Advice on start-up funding for food retail business. • Business Development consultant – IT Sector. • Citrix System Specialist with Microsoft Windows Application Host (Terminal Server). Occasional trips to Singapore.

Regardless of where you stand on the issue of the U.S. involvement in Iraq, here is a sobering (and scary) statistic:

That means that you are about 25% more likely to be shot and killed in the U.S. Capital than you are in Iraq.

Obvious conclusion: The U.S. should pull out of Washington.